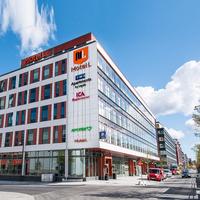 Excellent
based on 4,955 reviews
Compare vs. KAYAK |

Motel L is located in Stockholm, Sweden in the Hammarby Sjostad district. The Tele2 and Globe arenas are only two miles away, while the center of the city can be reached in a 10-minute metro or tram ride. This budget hotel has staff who speak both English and Swedish. It’s six miles from Bromma Airport and 24 miles from Arlanda Airport. The hotel has 226 non-smoking, air-conditioned guest rooms. There is paid public parking available along with baggage storage and a 24-hour front desk.

Rooms at this hotel include standard twin rooms with space for two or family rooms which can accommodate up to four guests. All rooms have modern furnishings and come with complimentary high-speed wireless Internet. There are 40-inch LED televisions along with a workstation that includes a desk. A private bathroom is in every room with a rain shower. The walls and details were designed by Swedish illustrator Lisa Bengtsson.

There is a breakfast buffet at this hotel with granola, eggs, fruit, bread, and other items for an additional charge. Some of the other restaurants located in the area include Checa, Maestro, Alskade Traditioner, and Hosteria Tre Santi. No matter what the tastes of a guest, there are restaurants nearby to offer it.

There are also plenty of attractions nearby such as Vasa Museum, Stockholm Old Town, and the Stockholm Historic Pub Tour. Reuanthai Thaimassage is located at a seven-minute walk from the hotel.

When is check-in time and check-out time at Motel L Hammarby Sjöstad?

No, Motel L Hammarby Sjöstad does not offer free parking.

How far is Motel L Hammarby Sjöstad from the airport?

Can you bring pets to Motel L Hammarby Sjöstad?

Does Motel L Hammarby Sjöstad have a pool?

No, Motel L Hammarby Sjöstad does not have a pool onsite. 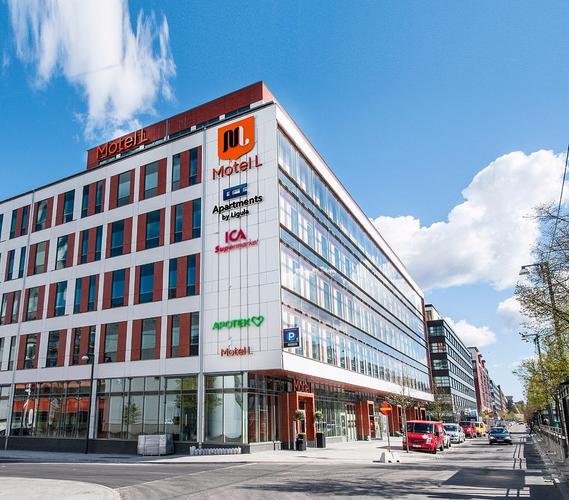 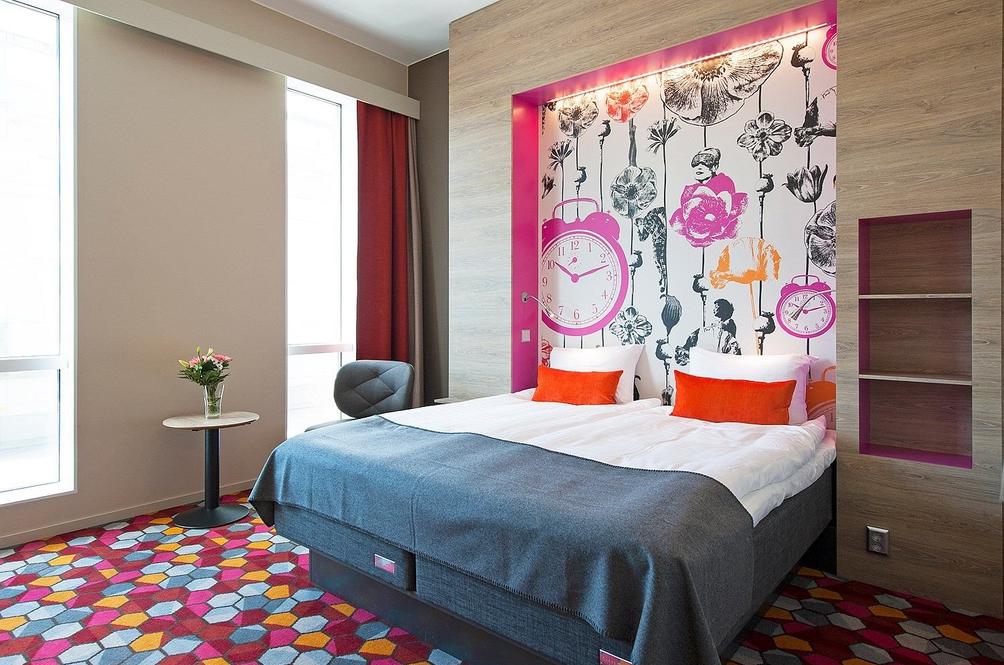 “We stayed there for 4 nights with 2 young children (1&4). Requested a cot and got so far the best in any hotel. My daughter loved the bunk bed. Room was really good and large enough. we felt a bit cold and got an electric heater in the room. Breakfast was really nice and good value - loved the special oaty musli, first time tasted oat yoghurt:) tram stop in front of hotel, cafe, pharmacy and supermarket within 1 minute. I dont think you could ask for more...”
“Perfect location for Statsgården harbour travellers.”
“Comfy bed. Quiet room. Good blackout curtains. Very clean. Friendly staff. Great location close to tram, supermarket and coffee shops .”
“Love this place”
“The rooms are clean and well equipped with nice beds. The hotel has really eye-catching interior and is cozy.”