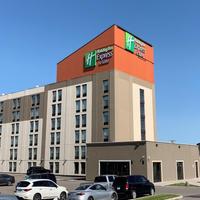 The Holiday Inn Express & Suites Toronto Airport West is located in Mississauga, Ontario. It is four miles for the Mississauga Convention Center and just over a mile from the Hershey Center. This mid-range hotel is less than two miles from Pearson International Airport and 13 miles from Toronto Island Airport. It includes 178 non-smoking, air-conditioned guest rooms and suites. The hotel also includes free airport transportation, free parking, and a selection of meeting rooms.

Each of the rooms at this hotel comes with two queen or one king bed, a free daily newspaper, and complimentary high-speed wireless Internet access. The rooms all come with a microwave, refrigerator, and a 43-inch flat-screen smart television. Private bathrooms are provided with hairdryers, bathtubs, showers, and amenities. The rooms have iPod docking stations with clock radios, a work desk with lamp, and a direct-dial phone.

This hotel offers a complimentary Express Start Breakfast for guests with two hot items daily. Some of the dishes offered include cinnamon rolls, omelets with a choice of meat, and make your own pancakes. The hotel also offers coffee in the lobby and off-site restaurant delivery options. There is a business center on-site with a scanner, printer, copiers, and printer.

There are tons of things to see and do in the area with some of the most popular being Escape the House, Gypsy Wind Collectibles, and Sri Siva Satyanarayana Temple. There are also restaurants near the hotel like Subway, Montana’s, A&W Dixie Auto Mall, and Kelsey’s Neighborhood Bar & Grill.

All existing bookings at Holiday Inn Express & Suites Toronto Airport West can be changed or cancelled for stays up to June 30, 2020. For more information, visit the Intercontinental Hotel Response to COVID-19 page.

How far is Holiday Inn Express & Suites Toronto Airport West from the airport?

No, pets are not allowed at Holiday Inn Express & Suites Toronto Airport West. 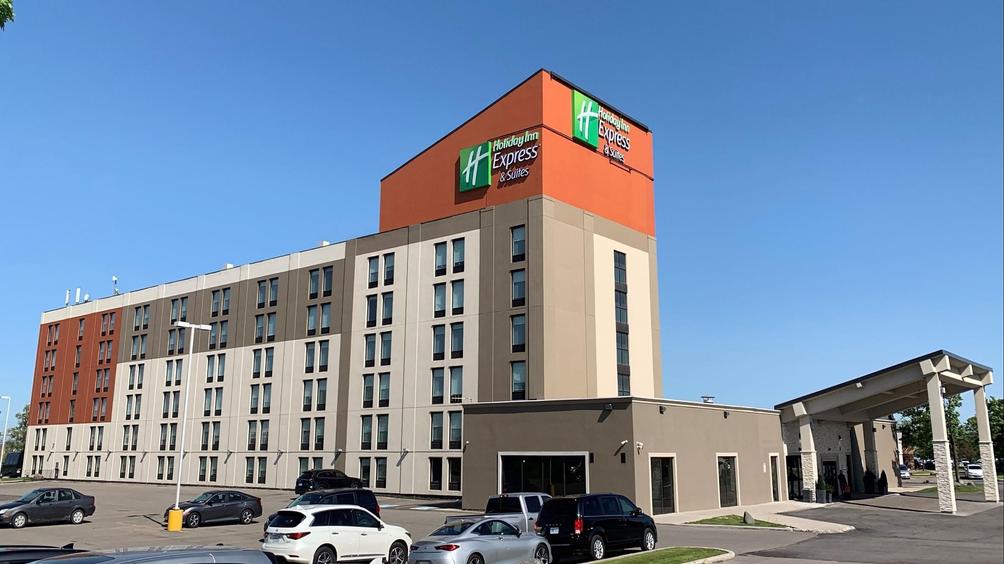 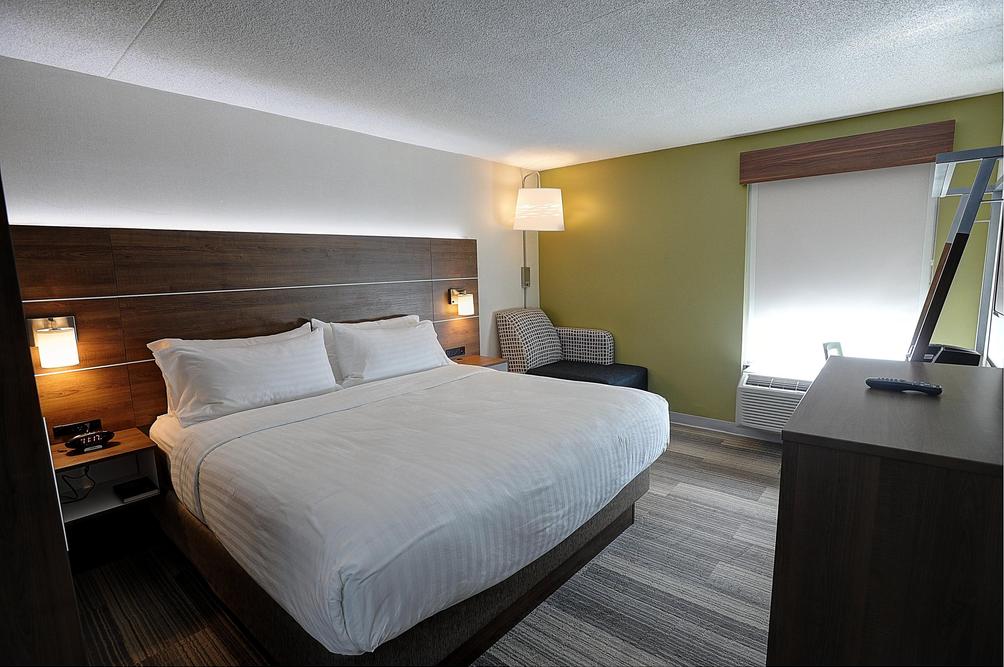 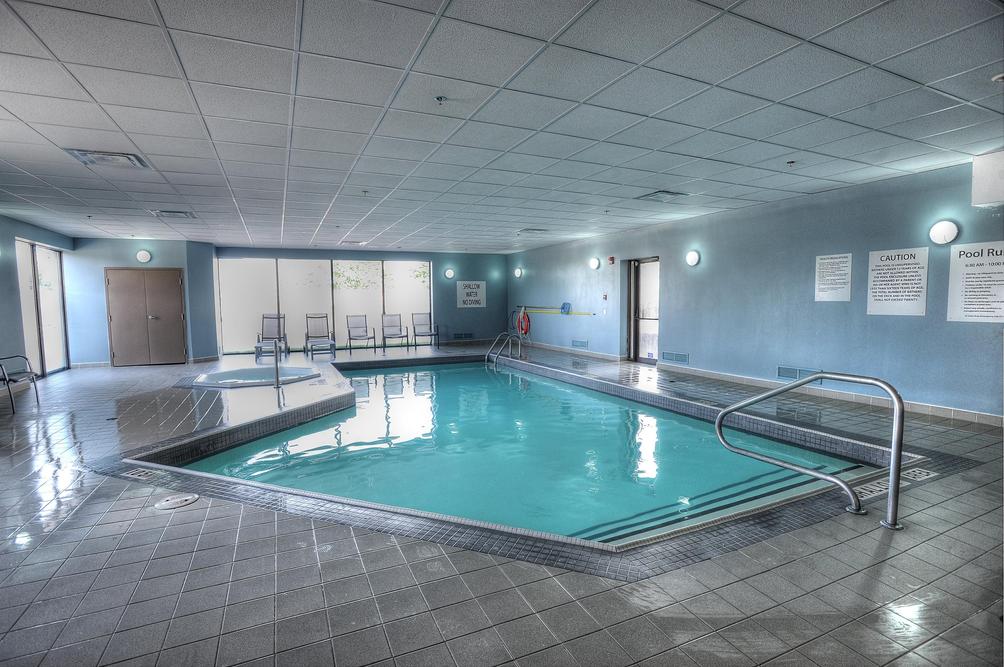 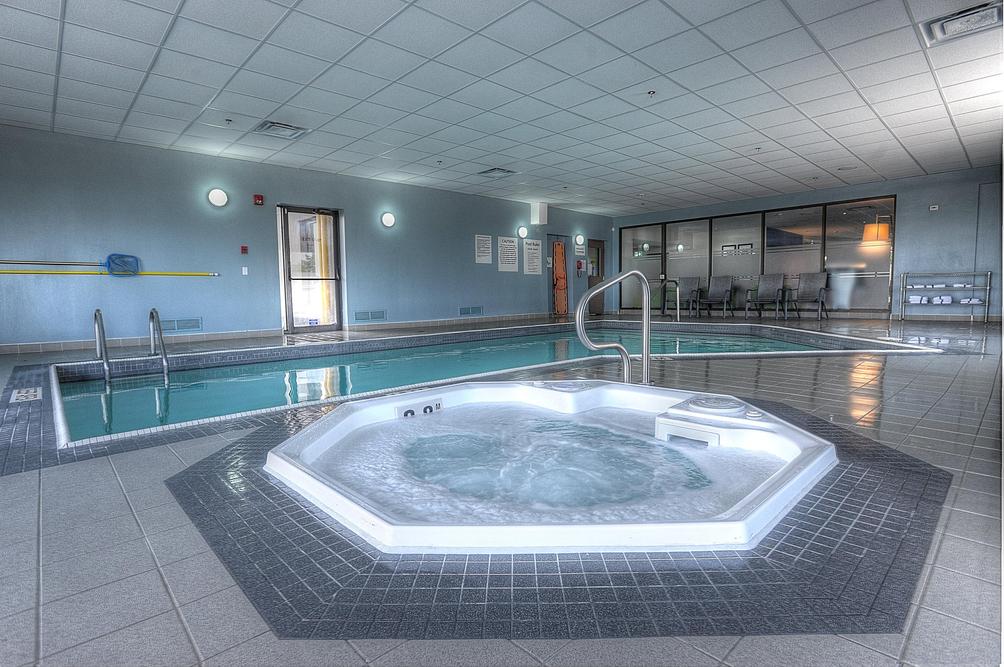 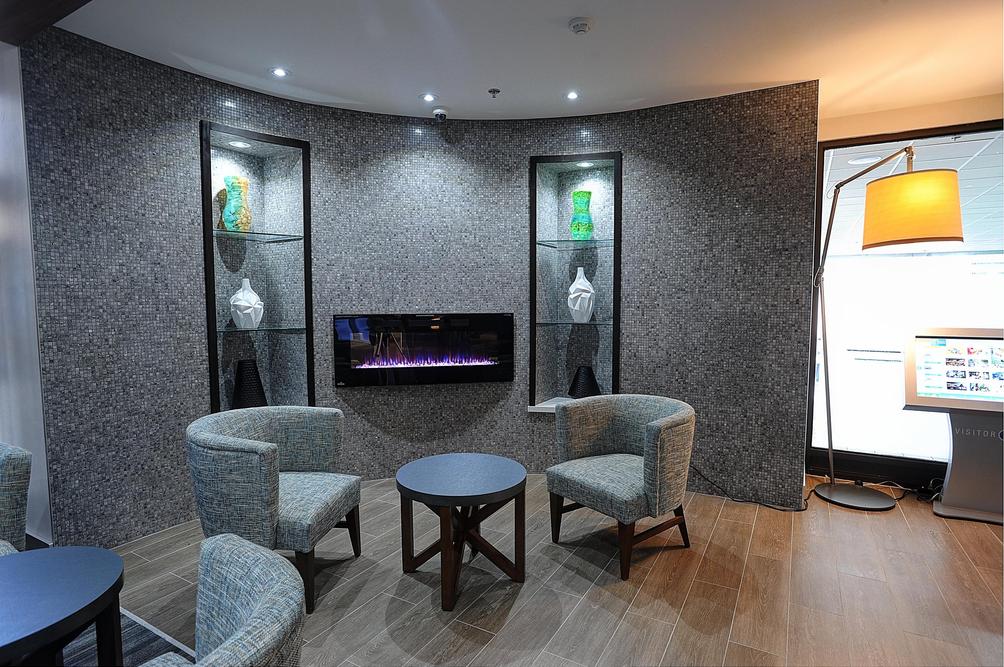 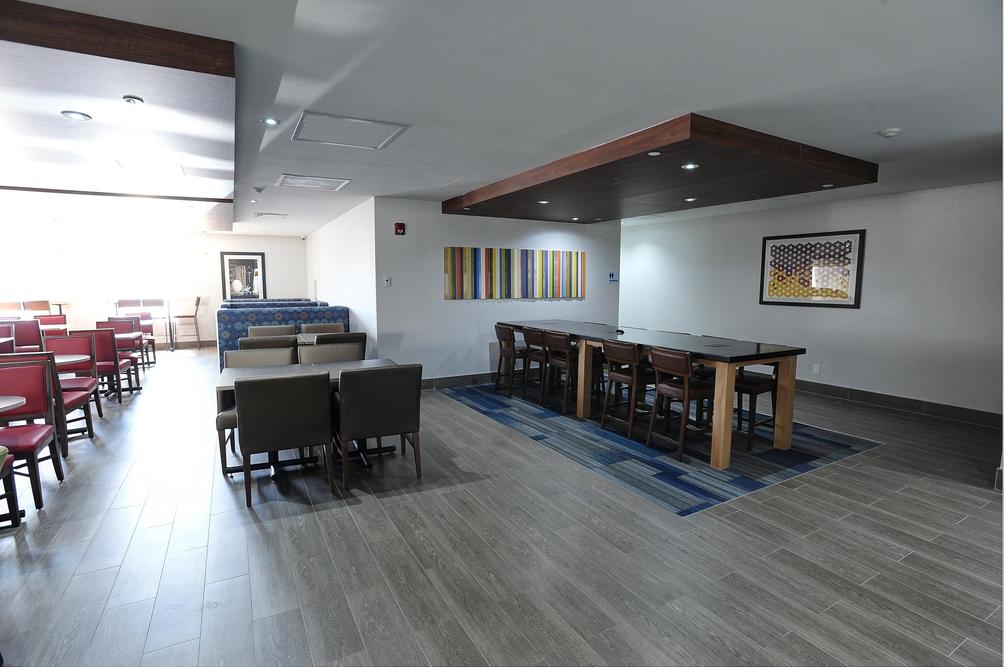 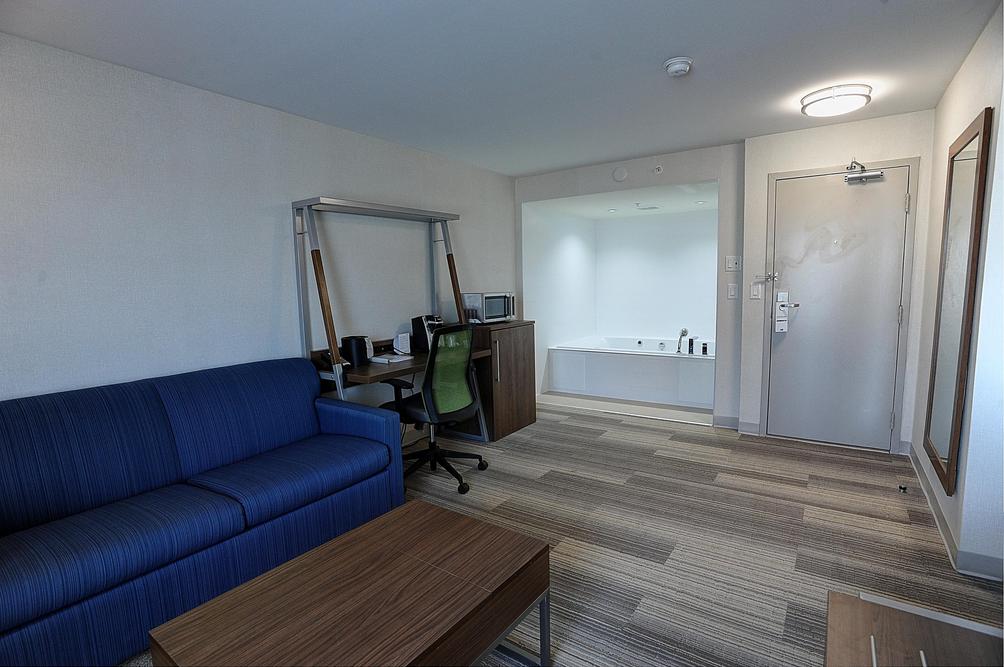 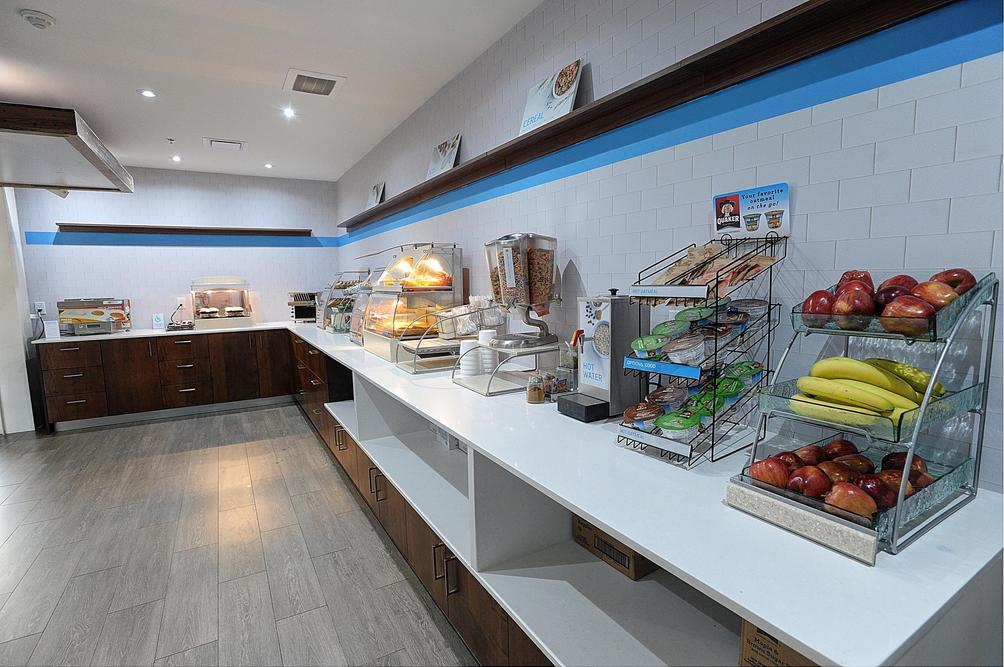 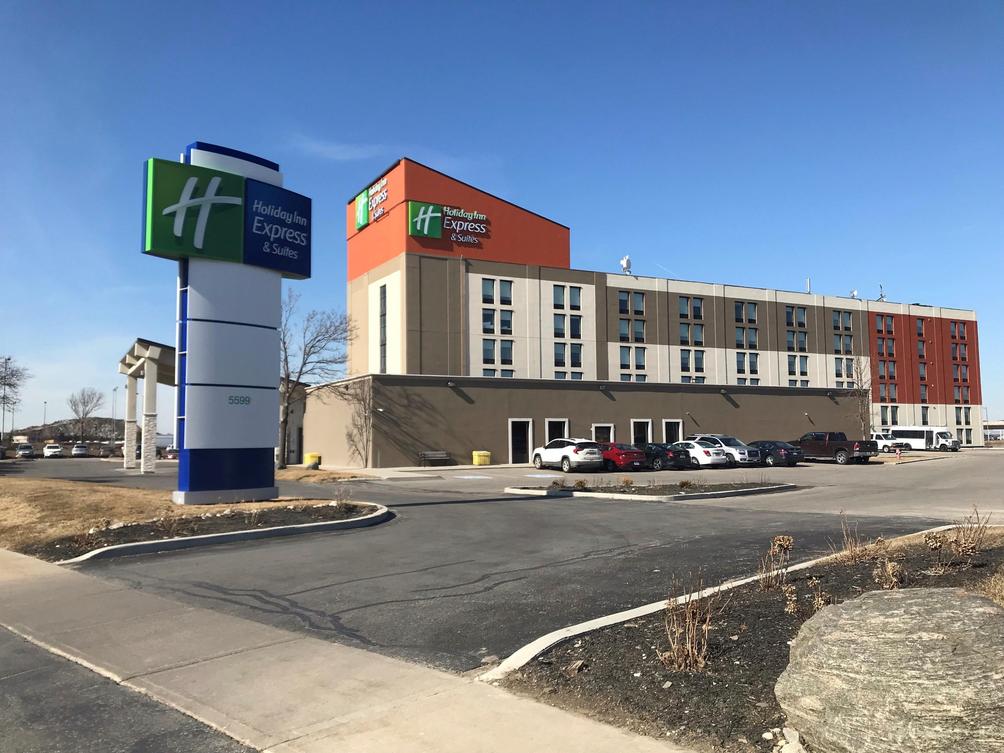 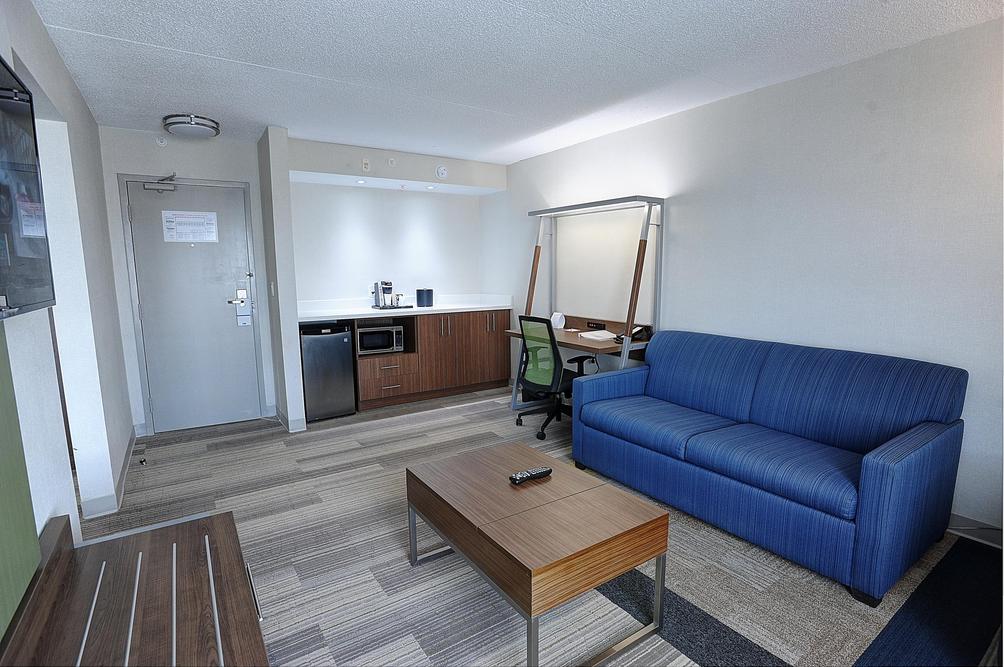 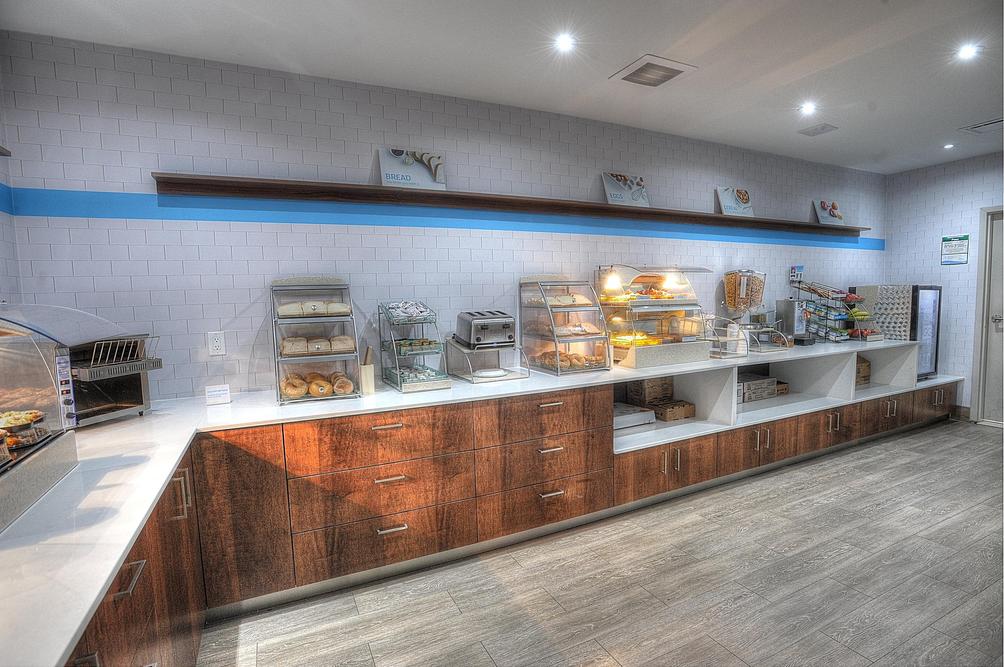 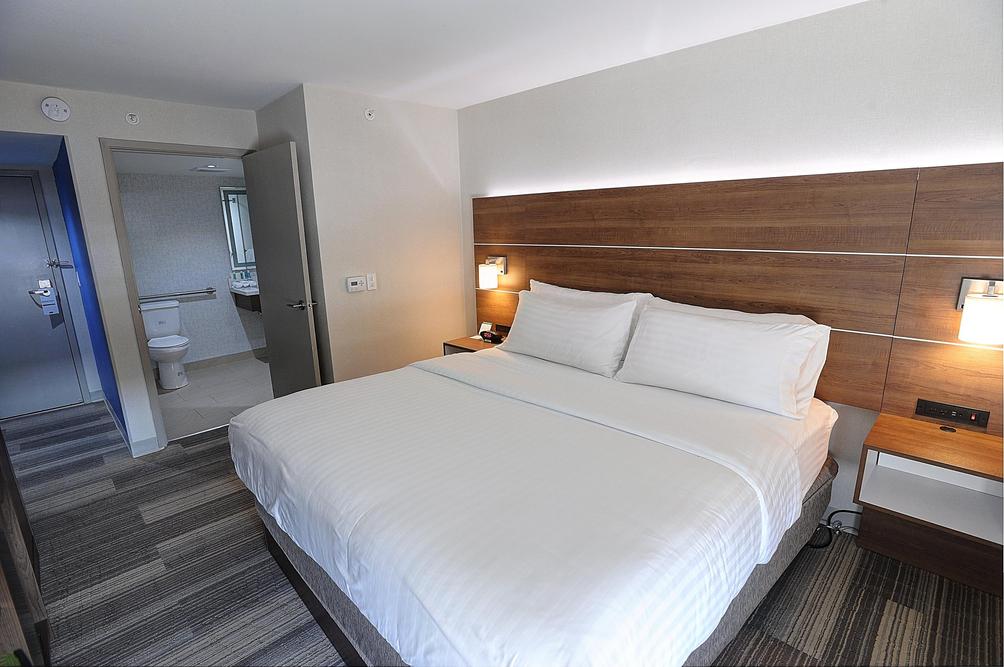 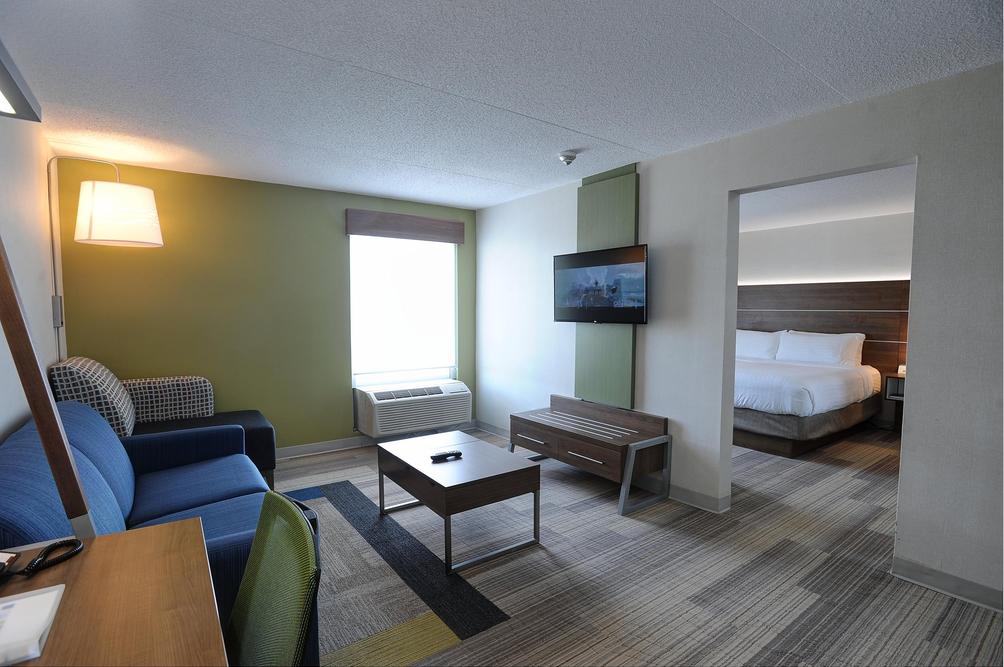 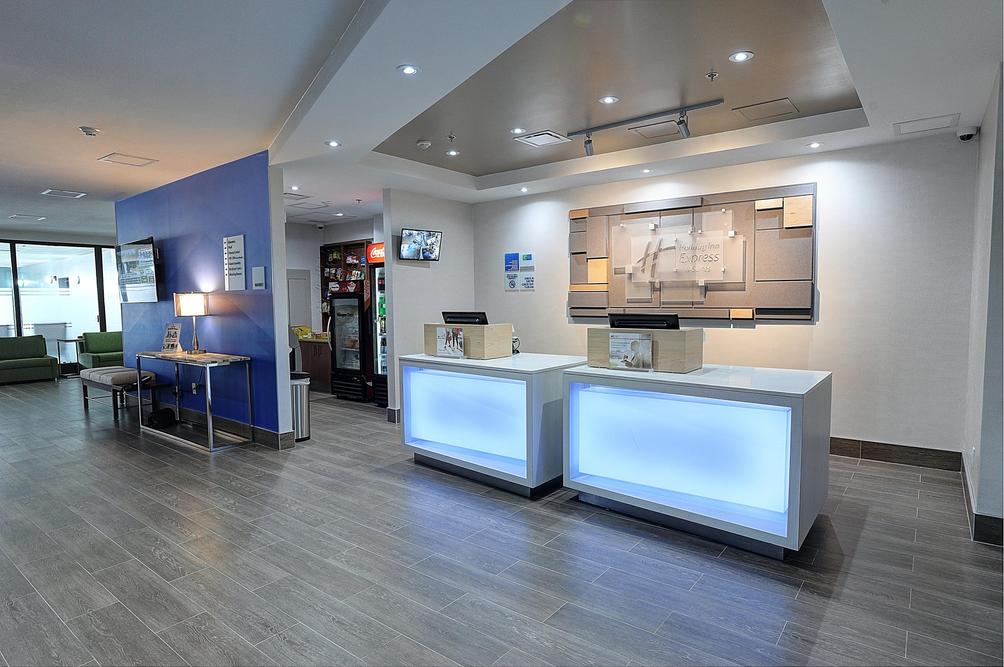 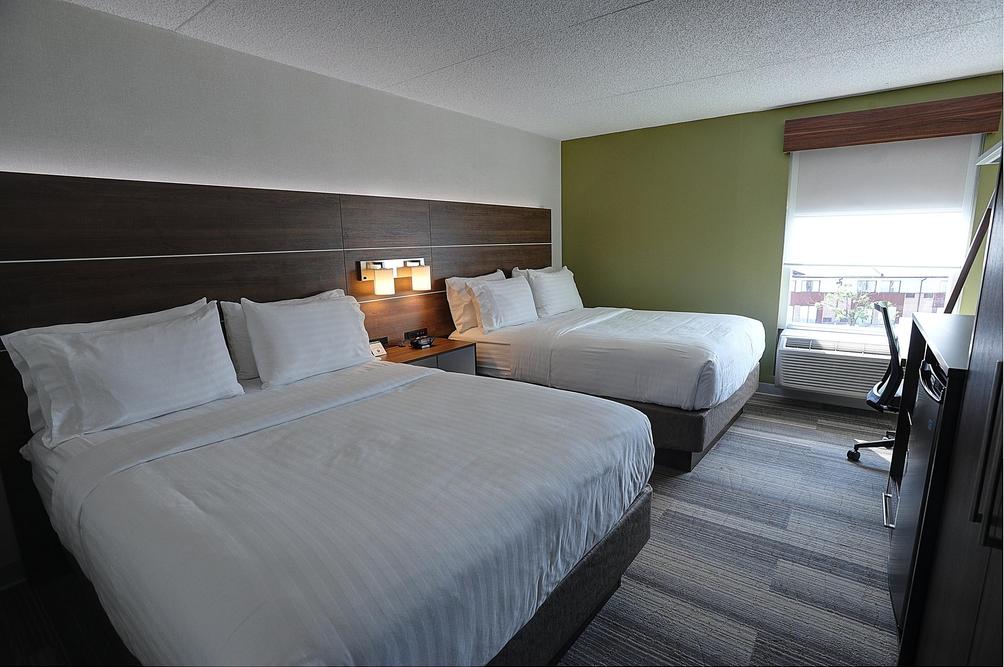 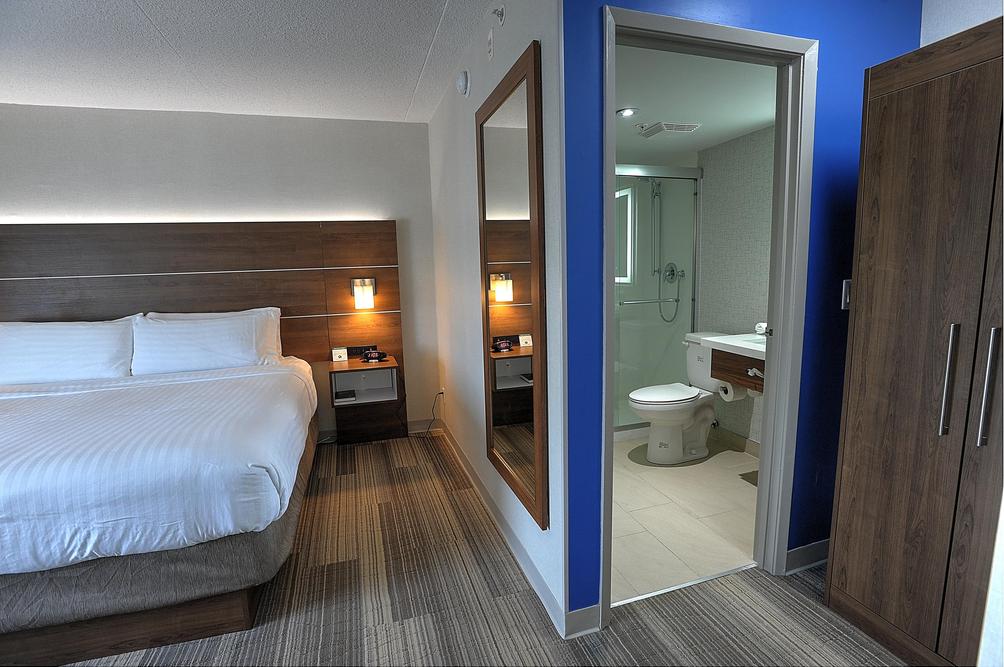 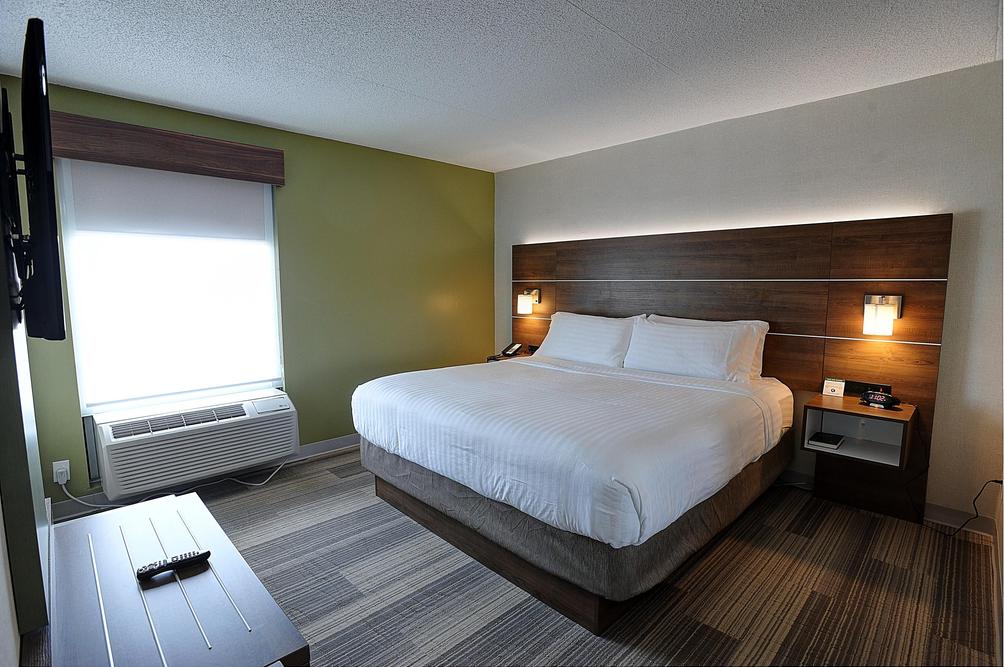 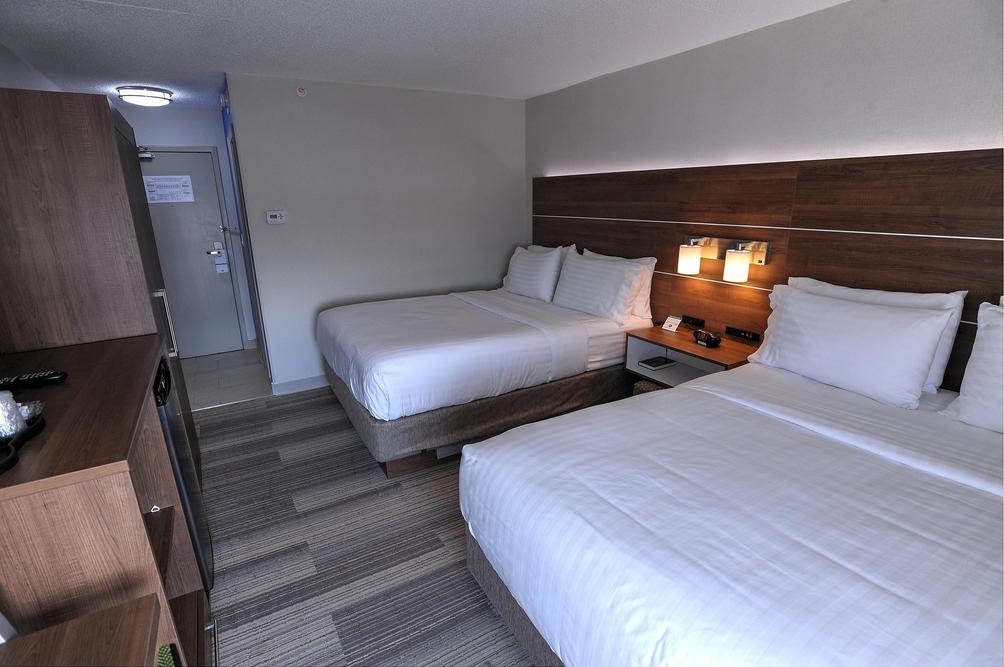 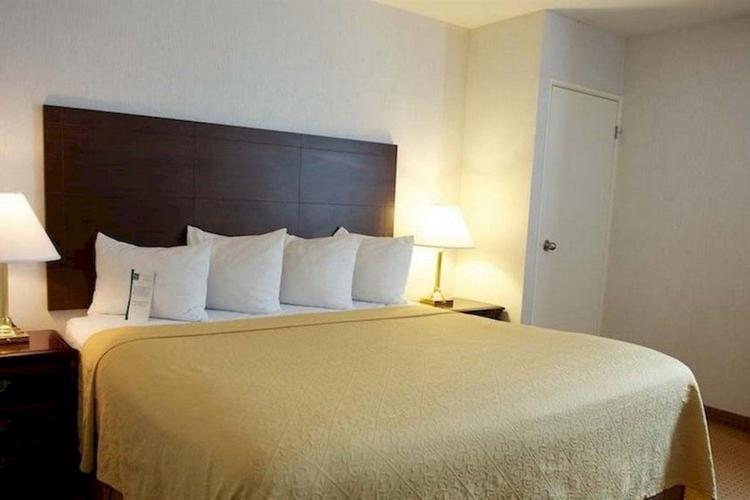