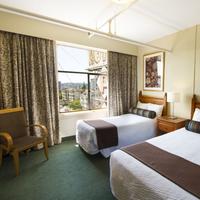 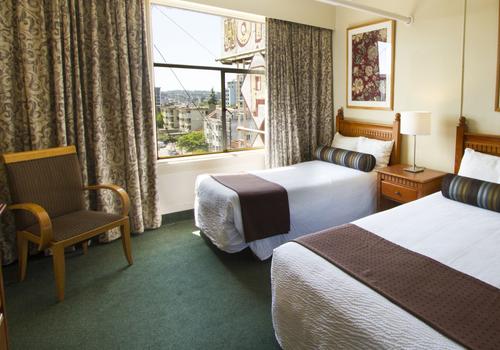 The Budget Inn Patricia Hotel is located on the edge of downtown Vancouver, only a few blocks from historic Gastown and Chinatown. The hotel is 16 miles from Grouse Mountain and three miles from the Vancouver Aquarium. This family-owned and operated hotel is less than a mile from BC Place Stadium, Science World, and Pacific Central Station. The budget hotel is seven miles from Vancouver International Airport and 37 miles from Abbotsford Airport. It has 94 non-smoking guestrooms.

All rooms come with a private bathroom with a shower, complimentary high-speed wireless Internet, and cable television. Basic rooms include a partial view of the Vancouver skyline. Standard rooms are larger and feature a full view of the city. Some of the deluxe rooms include a claw foot tub. The quad rooms are appropriate for up to four guests and offer a mini-fridge and combination shower and tub.

Pat’s Pub is located at the hotel and offers guests a space to dine and enjoy watching the game or live entertainment. Other restaurants in the area include Kissa Tanto, Cuchillo, Sai Woo, and Bao Bei Chinese Brasserie.

There are many things to see and do near the hotel. The Vancouver Art Gallery is the largest gallery in Western Canada while the Vancouver Aquarium offers the chance to see diverse aquatic wildlife.

When is check-in time and check-out time at Budget Inn Patricia Hotel?

How far is Budget Inn Patricia Hotel from the airport?

Does Budget Inn Patricia Hotel have a pool?

No, Budget Inn Patricia Hotel does not have a pool onsite. 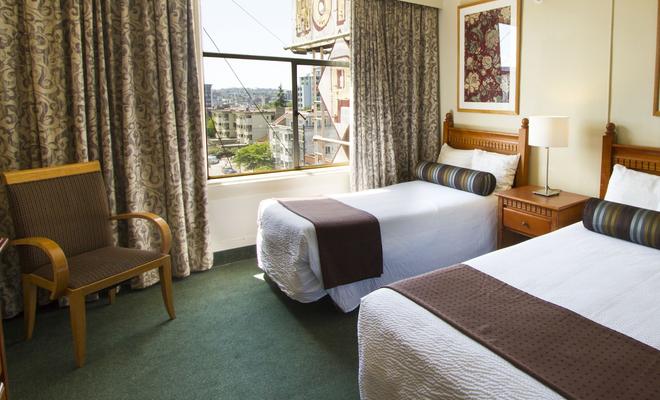 “The room was clean and comfortable”
“"Within walking distance of everything downtown, friendly"”
“The bar next to the hotel is great.”
“The staff was friendly and awesome.”
“Good value for money.”
“close to downtown and transit.”
“The jazz music was wonderful.”
“Great price and location.”