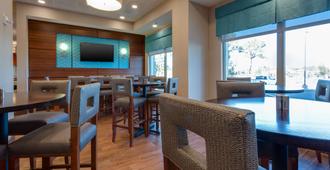 Rated #2
Residence Inn by Marriott Gainesville I-75
9.1
Excellent 9.1
Based on 174 reviews
Details
Reviews
₪403
View deal
AC Hotel by Marriott Gainesville Downtown
View all details
Details
Reviews
Just across University Avenue from the campus of the University of Florida, this AC Hotel sits in lively Midtown Gainesville. Part of the brand new Standard at Gainesville, you’ll find abundant dining and shopping options nearby. Less than a half mile from Ben Hill Griffin Stadium, known throughout college football as “The Swamp,” you’ll hear the roar of the crowd on those fall Saturdays as they cheer on the SEC’s Florida Gators. Step into your spacious, well-appointed guest room to discover European styling, sleek furniture and premium bedding. A refined design with an emphasis on technology brings flat-screen Smart HDTV’s to each room and complimentary high-speed WiFi throughout. We offer a Spanish twist with our breakfast and serve up tapas and expert local knowledge at our AC Lounge, featuring handcrafted cocktails and craft brews. Our well-appointed fitness center and rooftop pool will keep your fitness routine intact, while enjoying the Florida sun. AC Hotels - a new way to hotel.
Cleanliness
9.1
Comfort
9.1
Facilities
10.0
Location
9.5
Overall
10.0 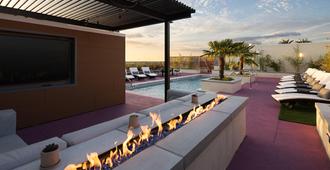 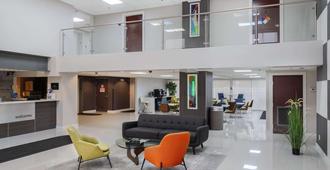 Overall 8.2 Excellent
Based on 672 reviews
All
Cleanliness
8.5
Comfort
8.5
Facilities
6.5
Location
9.0
Overall
6.9
Cleanliness
6.6
Comfort
6.6
Facilities
6.0
Location
8.0
Overall
6.0
Cleanliness
6.0
Comfort
6.0
Facilities
4.0
Location
6.0
Staff
6.0
Cleanliness
8.4
Comfort
8.4
Location
9.1
Services
8.4
Staff
8.6
Cleanliness
9.0
Comfort
9.0
Facilities
8.0
Location
9.0
Overall
8.0
Cleanliness
9.1
Comfort
8.8
Facilities
8.0
Location
8.2
Overall
8.2
Cleanliness
8.4
Comfort
8.6
Location
9.1
Overall
9.0
Services
8.4
Cleanliness
8.8
Comfort
8.9
Location
8.9
Services
8.8
Staff
8.9
Cleanliness
8.6
Comfort
8.8
Facilities
5.5
Location
8.9
Overall
5.7
Cleanliness
8.7
Comfort
8.9
Location
8.9
Services
9.0
Staff
8.4
Excellent 8.0
Excellent 8.0
Mediocre 3.1
Cons: I was give a handicap room but my reservation confirmation was a normal room
Excellent 8.0
Excellent 9.1
Pros: Convince
Cons: Clean
Excellent 8.0
Excellent 9.4
Excellent 8.8
Cons: Would have liked complimentary breakfast.
Mediocre 2.5
Pros: Friendly staff
Cons: The room was dirty. The hotel desperately needs a refresh. My room felt more like a cheap roadside motel. It certainly was not worth what I paid for it. I do not feel like I got the best for my money.
Excellent 8.0
Okay 5.6
Good 7.4
Excellent 10.0
Excellent 9.4
Pros: Comfortable, convenient, friendly
Cons: There are many plugs available but no USB availability. They say they are upgrading and some rooms may be updated but ours wasn't.
Good 6.8
Pros: The location
Cons: The information about menus and room service was not in the room. Also, when requesting hospitality package with toothbrush never arrived. Not dedicated areas to seat down and work or have coffee in between meals or meetings
Excellent 8.5
Pros: Bed was very comfortable
Okay 4.5
Cons: The facility is really old and not clean. Furniture shows wear and tear on them The house keeping service is not very good. They don't clean well and they leave some I cleaned items like used glasses without exchanging them. They also do late house keeping service and they don't have an on call housekeeper if you need some cleaning at night which all four stars hotels do
Excellent 8.0
Pros: Hotel amenities, the gym.
Cons: The first room we were assigned had a stench and we asked to move rooms.
Excellent 8.2
Pros: Staff was very pleasant. I stay here frequently. Angel is always pleasant when I check in.
Cons: Lack of any services, including room cleaning during the stay. The "breakfast" was limited.
Okay 4.0
Pros: Room was clean.
Cons: Fan in bathroom. Body wash, firmer pillows, friendly check in.
Good 6.8
Pros: Convenient location
Cons: The stay was in May 2020, as we were coming out a COVID stay at home. There was no food service, the restaurants and bar were closed, and no room service. No facilities, e.g. gyn or pool, were available. There also were no room cleaning services during my 3 night stay...no clean towels (I had to ask the front desk), bed was not made. Disappointing for a Hilton. They did offer 1000 Hilton points. However, the price should have been discounted, noting the limited services.
Okay 5.7
Pros: Location is good.
Cons: You need to be a member to get free wifi. Yeah in 2016 this hotel does not give free wifi. Staff rushed our check in experience to get back to texting. The level of service at this location does not meet the standards that Hilton has set. Not worth the money. Buyer beware. 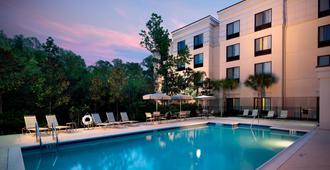 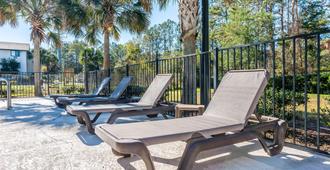 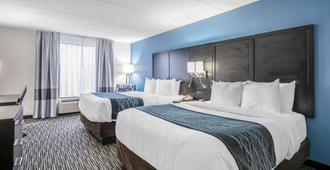 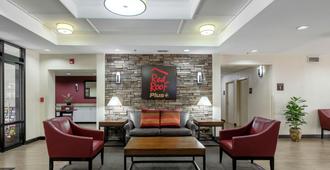 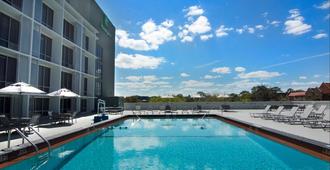 Rated #15
Holiday Inn Gainesville-University Center, An IHG Hotel
7.6
Good 7.6
Based on 389 reviews
Details
Reviews
₪419
View deal
Gainesville Lodge
View all details
Details
Reviews
Located in the heart of Gainesville, this motel is within 1 mi (2 km) of Hippodrome State Theatre and Ben Hill Griffin Stadium (The Swamp). University of Florida and Shands at the University of Florida are also within 2 miles (3 km).
Cleanliness
7.3
Comfort
7.1
Facilities
5.4
Location
8.6
Overall
5.7 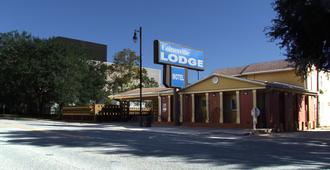 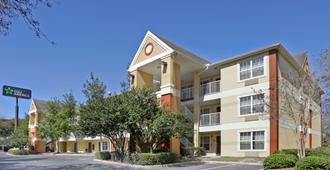 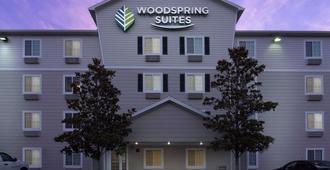 Overall 6.5 Good
Based on 808 reviews
All
Cleanliness
6.8
Comfort
7.0
Facilities
6.1
Location
8.1
Overall
6.3
Cleanliness
8.0
Comfort
6.0
Facilities
6.0
Location
8.0
Overall
6.0
Cleanliness
7.3
Comfort
8.0
Facilities
8.0
Location
7.3
Overall
7.3
Cleanliness
6.4
Comfort
6.7
Location
7.8
Services
6.4
Staff
7.2
Cleanliness
8.0
Comfort
8.0
Facilities
6.0
Location
8.0
Overall
8.0
Cleanliness
7.6
Comfort
7.6
Facilities
7.2
Location
8.4
Overall
6.8
Cleanliness
7.0
Comfort
6.9
Location
8.0
Services
6.5
Staff
7.3
Cleanliness
7.1
Comfort
7.0
Facilities
2.0
Location
8.5
Overall
2.0
Cleanliness
6.9
Comfort
7.1
Facilities
5.5
Location
8.0
Overall
6.0
Cleanliness
6.9
Comfort
7.0
Location
8.1
Services
6.7
Staff
7.4
Excellent 8.0
Excellent 10.0
Pros: I loved the wood floors.. I would stay again
Cons: the Bathrooms need to be updated lot of rust and patch work, and roaches bathroom ..( not cool) Visit was 11/18-11/20 room 216
Okay 4.0
Excellent 8.0
Excellent 8.0
Good 6.5
Excellent 8.0
Pros: We liked the wood floors, pillows, cleanliness, all the basic amenities.
Cons: Cleaning chemical smell upon entering our room. Front desk check in guy said OK to my paying cash upon check out and proceeded to charge my card upon check in without telling me. Manager apologized.
Good 7.1
Pros: Location
Cons: We forgot our orthopedic pillow in the room, and the hotel was absolutely not helpful with us trying to recuperate that pillow. Also requested an accessible room in the lower level because there is not an elevator in this hotel. Guess what??? Yes, they send me to the second floor. It was extremely hard and slept with chronic pain in my back and legs after all the stress climbing the stairs to the second floor.
Excellent 8.0
Pros: Breakfast was good Clean Good value
Cons: No carpet in room
Okay 5.7
Pros: Ease of location
Cons: The room smelled very stale
Okay 5.7
Pros: The staff, location, and parking are nice.
Cons: The beds are rock hard, I had a roach crawl out from under the bed, and the toilet was not level. I don't know how to not make a toilet level but they figured it out.
Excellent 9.4
Okay 4.2
Cons: Woke up to front desk manager pounding on my door and other doors in the hallway. Apparently they had overbooked and needed the room immediately. Every other hotel I have stayed at has allowed a one hour grace period for checking out so I asked about that. Staff informed me that due to overbooking I would need to leave the room as quickly as possible. When I checked out less than 5 minutes later without having the chance to shower or clean up, I mentioned this one hour grace period with other hotels but staff was dismissive and had a bad attitude. No plans to stay here again and will strongly reconsider before booking at other Super 8 locations. I ended up having to shower at a nearby gym where the customer service was much better. If you are trying to save money by booking with this hotel, consider that you may end up actually paying more if incidents like this one happen again.
Mediocre 2.5
Pros: The beds seemed clean and the floors were fairly new laminate
Cons: There were a terrible musty smell through the entire hall. The outlet in the restroom was pushed into the wall and not supportive of a phone charger. When the front desk called to confirm everything was "perfect" we informed them of the smell and outlet and he didn't tell us anything helpful. When we asked about the smell later that night he told us it must have just been the air fresher they spray. The rooms were gross, the floor was sticky and moist, and other guests wee complaining also. We didn't even try the "free breakfast" since when we checked on we saw a large amount of the food still out from the morning before we checked in.
Good 7.7
Excellent 8.8
Pros: Very clean well maintained friendly staff breakfast- simple but sufficient Value
Cons: thin walls
Okay 4.2
Pros: The location
Cons: The room smell smoke even if I reserved a non smoking room
Mediocre 2.0
Pros: Nothing..
Cons: Everything about this place.. My mom and I were in Gainesville to bring my dog for radiation therapy and the vet hospital was not able to start her treatment last week so we only stayed 1 night only.. And They won't refund our money for the days we didn't stay.. Place is creapy an indoor motel that's "dog friendly" so you have to bring ur dog inside and up stairs.. Would Not Recommend This Motel To Anyone!!
Excellent 8.0
Pros: Room was really nice. Really close to stores and a few mile down from campus and downtown.
Cons: The fact that they didn't tell me that my room was a smoking one. when we went into our room you could smell the smoke, my boyfriend open a window to see if it would help eliminate the smell. We had to go febreze because we couldn't take the smell.there was iron or iron board again my boyfriend had to go to the front desk and get one. 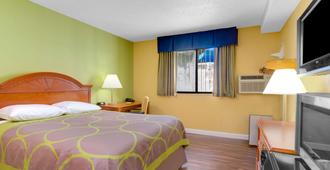 Where to stay in Gainesville?

Our map will help you find the perfect place to stay close to Fred Bear Museum by showing you the exact location of each hotel.

FAQs when booking a hotel in Fred Bear Museum

What are the best hotels near Fred Bear Museum?

How much does a hotel near Fred Bear Museum cost?

KAYAK users have found double rooms near Fred Bear Museum for as cheap as ₪171 in the last 3 days. The average price is ₪218.