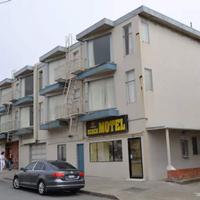 Good
based on 89 reviews
Compare vs. KAYAK |

The Beach Motel is located in San Francisco, California, and is a 10-minute walk from Ocean Beach. The Beach Chalet Brewery & Restaurant is less than a mile from the hotel while Golden Gate Park can be reached in two minutes driving. This neighborhood hotel is 12 miles from SFO International Airport and 16 miles from Metropolitan Oakland International Airport. It has 20 non-smoking guest rooms, free parking, and shuttle bus service.

Rooms at the hotel have two queen beds or a single king bed and can accommodate up to four people. Many of the rooms offer bay windows with views of the street and beach. The rooms have free high-speed wireless Internet, a flat-screen television with cable channels, a refrigerator, and a microwave. There is a private bathroom in each room with a shower/tub combination, a hairdryer, vanity, soft towels, and complimentary toiletries. Some rooms are also accessible for guests with disabilities.

There are many restaurants in the neighborhood like Thanh Long which can be reached in a short walk for Vietnamese cuisine. Golden Gate Pizza and Indian Cuisine, Hook Fish Company, and Sea Breeze Café are also in close proximity to the hotel. For healthy meals, Judahlicious is less than a quarter-mile from the hotel.

Guests can visit the Golden Gate Bridge less than five miles from the hotel or tour Alcatraz Island only seven miles away. Other attractions nearby include the Legion of Honor, the San Francisco Botanical Garden, and Marrakech Magic Theater.

FAQs when booking at Beach Motel

Where is Beach Motel located?

Beach Motel is located at 4211 Judah Street in Outer Sunset, 9 km from the center of San Francisco. Lands End is the closest landmark to Beach Motel.

When is check-in time and check-out time at Beach Motel?

No, Beach Motel does not offer free parking.

No, Beach Motel does not offer free airport shuttle service.

How far is Beach Motel from the airport?

Can you bring pets to Beach Motel?

No, pets are not allowed at Beach Motel.

Does Beach Motel have a pool?

No, Beach Motel does not have a pool onsite. 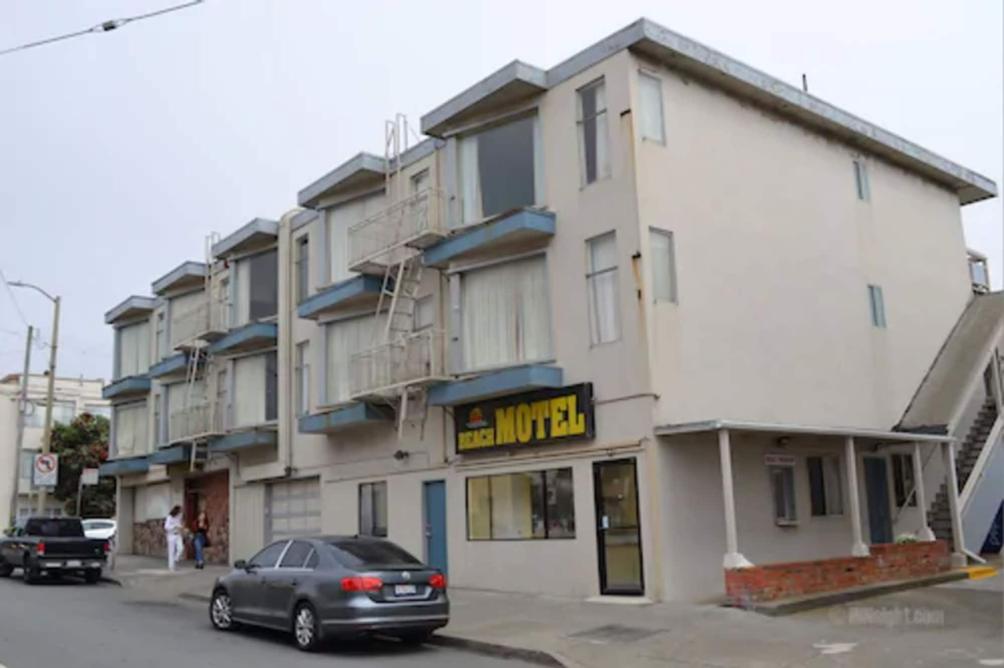 “location”
“It's not the most upscale place and the owner gets grouchy but it's cheap and i like the neighborhood.”
“Privacy was great and really quiet”
“Great place to stay.”
“I liked the open windows. It was a short walk to the beach and i loved the feel of the room.”